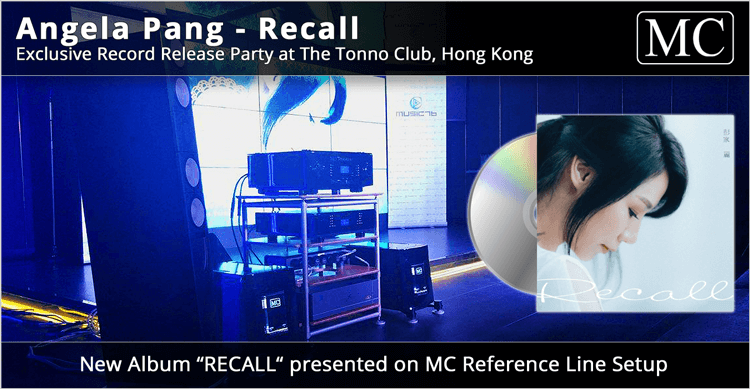 Record Release: Angela Pang's new album “RECALL“ presented on MC Reference Line Setup
On this Wednesday evening Angela Pang presented her new Album "Recall" at The Tonno Club in Hong Kong. It was a great show! The audience and journalists were very impressed by her brilliant voice, when her new album was played first ever to the public.

We congratulate Angela Pang for this masterpiece of music.